Aneet is a community pharmacist by background and has been involved in LPC work for eight years. He has been involved in many different leadership roles, including leading the merger of six of the seven LPCs in GM in 2016 as well as setting up the Greater Manchester Pharmacy provider company CHL.

Developing the role of Community Pharmacy, and the services it provides, remain his passion. Being an Independent prescriber himself, Aneet understands the complexities of the role, and works tirelessly to maximise the skills of Community Pharmacists in Primary Care.

In November 2020, Aneet was nominated to be part of the Review Steering Group (RSG), which is a national group of pharmacy representatives who oversee work progress to strengthen Community Pharmacy contractor support and representation. You can read more about the RSG here.

“I’d like to see a more service-focused approach to the role of Community Pharmacy, but this isn’t going to be an easy transition because we’ve been a supply-based model for so long. Ultimately it’s about creating a more coordinated approach through having one voice for Community Pharmacy, which is necessary in ensuring patients and other healthcare services know what we have to offer in Greater Manchester”.

GMLPC have created a deadline tracker for March 2021 to help contractors keep up to date with the latest activities...

Community pharmacy contractors have until 23:59 tonight to claim a payment for the Pharmacy Quality Scheme 2020/21 Part 2 Scheme as...

The LPC sends out regular email newsletters to ensure pharmacy teams are updated on key information, guidance, and resources. 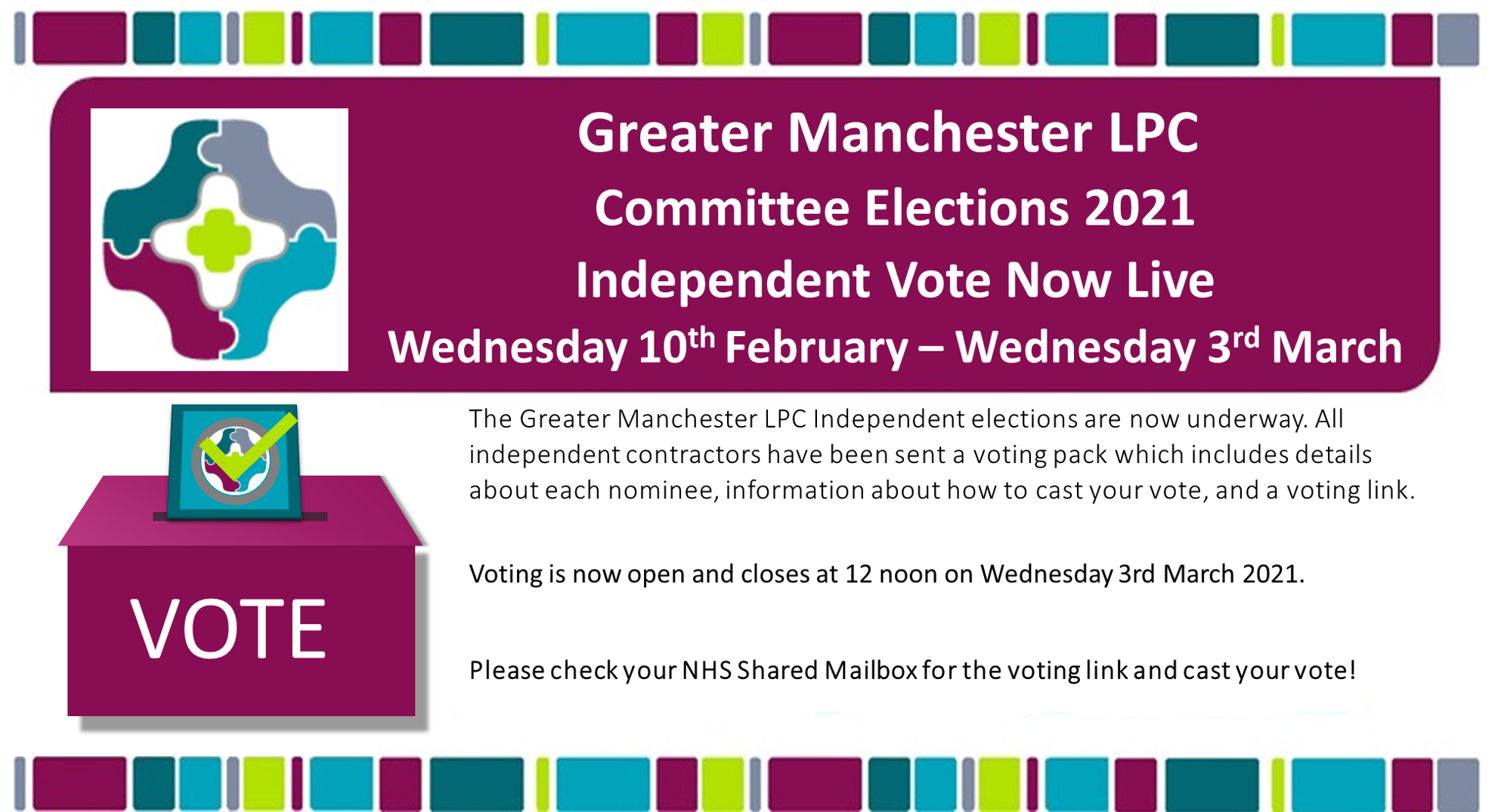